A Restaurant or a Temple? 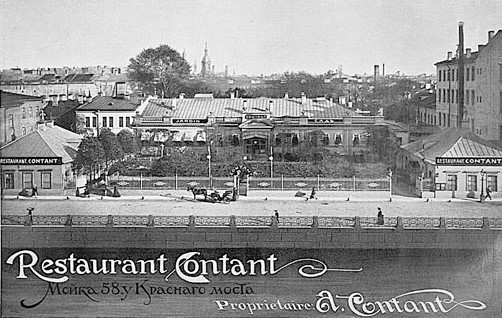 from 28 November 2019 to 27 May 2020 The exhibition will tell us some interesting facts about the literary life of the early twentieth century in St Petersburg that took place in some legendary restaurants as Yar, Wena, Donon, Palin and others in St Petersburg. Among them: the celebration of the anniversary of the Literary Foundation, literary dinners of some fiction writers, the proclamation of the creation of the Ego-Poetry Academy (Universal Futurists) and the decision to publish the Pushkin Collection for the 100th anniversary of the poet and the humorous election of the king of poets etc. Some famous masterpieces of Blok, works by Gumiliov, Avercheko, Agnivtsev, Aldanov, Kuprin, as well as memories of Shmelev, G. Ivanov, Mirsky will be presentd as well. Visitors will be able to see different postcards, photographs, posters, concert programs, menu forms and furnishing as a background for literature texts.