Geometry of nature by Vladimir Sterligov 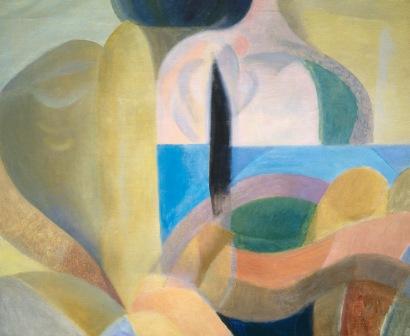 The exhibition is dedicated to the anniversary of Vladimir Sterligov (1904-1973) – an outstanding representative of the “second Avant-garde”, pupil of Kazimir Malevich and the founder of the theory of “bowl-domed space” in art. On display are paintings and graphic works by Vladimir Sterligov from the collections of the State Museum of the History of St Petersburg, Museum “Tsarskoselskaya Collection”, Museum of Organic Culture and private collections.

Since 1960 and until his death Vladimir Sterligov was occupied by theoretical and practical development of artistic idea of the “bowl-domed space”: the curve, bowl and dome became the basis for the artist's symbolic and religious structure of the universe.


The exhibition at the Peter and Paul Fortress presents about 80 works of artist of the late 1950s - early 1970s. Nearly all works are devoted to the problems of exploring of the new plastic space - spherical, curvilinear; properties of the new additional element in visual art – the “straight-curve”. On display are such works as the “First Butterfly” and “Mobius strip”, cycle of watercolors “Bowl-domed space” and cycle “Surrounding geometry”, work “In the dome” and “Domed sky”.